At Bar 5 Ranches, we hunt year round. Our hunting season breaks down as follows:

We invite you to experience the best of the outdoors. (host to 10,000 acres)of wildlife paradise offers excellent habitat for elk, deer, bear, lion, turkey, bobcat and trout. Due to the location, abundant rich food sources and over 20 ponds and lakes, wildlife tends to migrate to the Bar 5 Ranch.All hunting trips are led by experienced guides; one guide per two hunters. 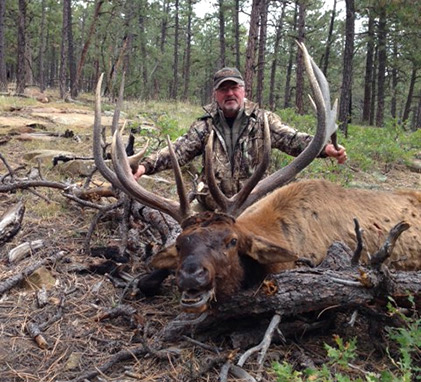 The elk hunting experience at Bar 5 Ranch is one of the most exclusive in the country. Our fair-chance hunting season runs from early September through October. Our guides will ensure that your experience is an unforgettable one throughout your hunting career.

The most sought after trophy in North America is the elk, a majestic and resilient animal. Wapiti is another name for the elk, a Shawnee Indian name which never gained popularity.

Elk made a remarkable comeback from near total extinction, and Yellowstone Park enacted by congress saved the elk, reduced to a mere 400 in 1881, Yellowstone became the breeding grounds and as recovery began so did the shipping to other states to repopulate.

A trophy elk hunt at Bar 5 Ranch is a memorable experience, to say the least, during the September and October ruts bulls bugling echoes throughout the forest and ridge tops, a message of challenge and assertion as they seek out the cows, the rest of the year they don’t utter a sound. During the rut a bull elk is in his prime antlers polished sharp and fully grown, neck swollen from being engorged with blood and remain swollen for about two months.

The most polygamous of the deer family is the elk, it is not unusual to see a bull with twenty to thirty cows. Elk have thirty-four teeth, twelve molars, twelve pre-molars, eight incisors and two ivory-like canines which were highly prized by the Indians and used in making jewelry. Thousands of elk were killed mainly for those canines until this practice was outlawed.

Elk meat is palatable, dark and similar to beef in taste, hundreds of tons reach the dinner tables of sportsmen every year.

Read a TESTIMONIAL by Wayne Carlton > 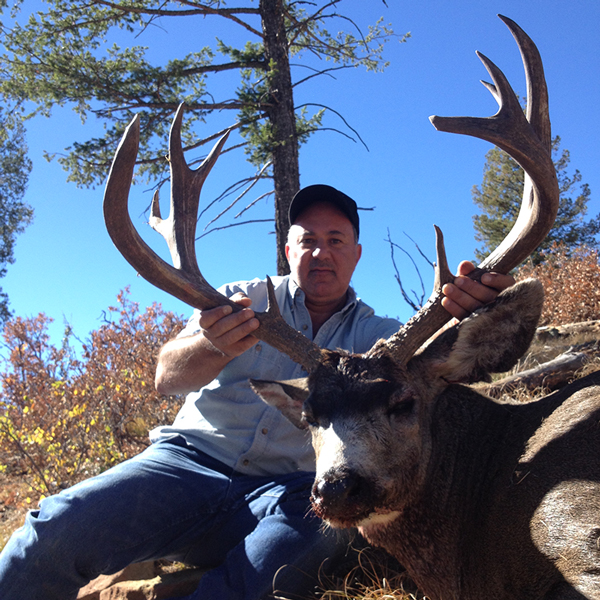 Our deer hunts are conducted slowly and methodically, constantly glassing and covering as much acreage as possible to find our clients a mature Mule Deer buck. Their magnificent antlers are stunning against the backdrop of the breathtaking landscape of Bar 5 Ranch, and their presence is commanding in the wild. Join us to hunt some of the finest Mule Deer in this part of the world.

In the spring, Bar 5 Ranch will guide you through a prestigious hunt of wild turkeys. These magnificent birds are plentiful on our land and these hunts are beyond enjoyable. 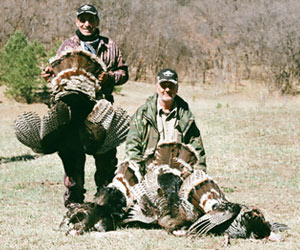 Turkeys are abundant on the ranch and their Valentines day arrives in April. The show begins at the first sign of light when turkeys fly down from their roost, and simultaneously upon landing, the orchestra begins. Toms and jakes vocalizing by gobbling their hearts out, the hens in the meantime are yelping and cutting inviting them over, love is in the air, it’s time for boys to meet girls and plenty of both. You will remember the sounds and sights of gobblers strutting for years to come.

FYI: Turkeys roost in trees at the last ray of light and nest on the ground in dense cover. Eight to fifteen eggs are average, buff spotted with grey. 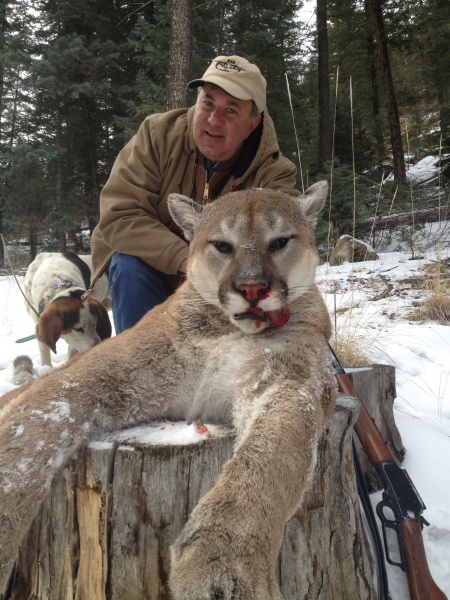 New Mexico is one of the best states for hunting mountain lions and Bar 5 Ranch is known for being home to many trophy cougars. These intelligent, swift, and illusive cats are tough to hunt and require a knowledgeable hunting guide who will accompany you on your trip. 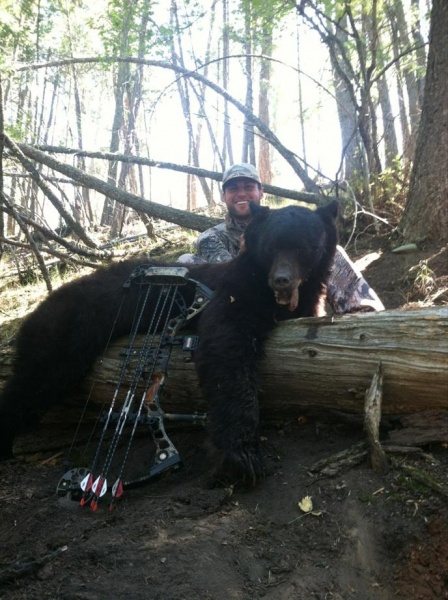 Some of the most exciting and physical hunting experiences, bear permits are allowed with Elk or Deer hunts.

Predator, carnivore, scavenger, cannibalistic are among many of the adjectives with which you can describe the black bear, but he is a unique animal and asserted his presence in the wild. If it is edible the bear will eat it and sometimes if it’s not, bears menu is as large as a Chinese yellow pages and has a sweet tooth, honey sugar and sweets are among his favorites.

Black bears come in a variety of colors, the typical black with shiny black hair and a splash of white on the chest, brown, blond, cinnamon, smoky-blue and white. All but the latter have been spotted at the ranch. Food resources for the black bear at Bar 5 Ranch are abundant such as elk and deer especially the old and weak, they gorge themselves with sweet acorns from white oak as they ripen in mid-summer, wild berries, grass and so on.

Black bears are, by nature, loners and do not interact except during the mating months of June and July then retreat to their solitude. A female bear with cubs will avoid contact with other bears and will defend her cubs, sometimes till death, against any intruder regardless of size. A large male bear will, on occasion, confront a sow with cubs in an effort to kill the cubs and somtimes consume them then trail the female until she goes into heat again and mate with her. Cruel though it may seem to the human spectacle this practice has been going on for thousands of years and never had an impact on the species, it is also carried out by lions and leopards in the jungle.

It is true that the bear gorges itself with food before the long winter nap to build up enough fat reserves to sustain it during hibernation but it is also true that a bear, before hibernating, does not eat for several days and discharges everything in its digestive system then eats pine needles, leaves and hair off his chest. This material is non digestive and goes through the digestive system and forms a tube, also called plug in the anal passage. The plug is later discharged when the bear comes out in the spring. No excrement is ever found in the bear’s den. “Keep it clean” is the rule.

Bear hunts at the Ranch are limited and issued only as a combination hunt with elk.

All guests who join us are welcome to fish in our plentiful lakes located on property. Fly fishing is all catch and release, but if you choose to have our chef prepare your catches of the day, the limit is 1 trout per person, per day. 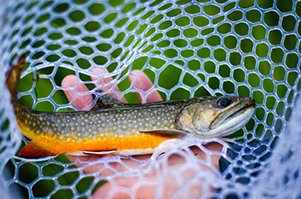 There are several small lakes at the Ranches with a healthy population of rainbow trout, German browns, brook, cut bows and cutthroats and catching one is a “piece of cake”, so to speak. The fishing is enjoyable for beginners and advanced fishermen alike. Are you a fly fishing enthusiast? Bring your fly rod and take advantage of this excellent trout fishing destination.

Fishing is catch and release with barbless hooks on lures and flies only. The trout at the Ranches are truly a delicacy, firm white meat thanks to clean, cold and unpolluted water. If you wish to try this gourmet treat you may keep one or two depending on the size and the chef will prepare it for you either in the kitchen at the Ranch house or at lakeside. We recommend it.